Improve your pentatonic solos with arpeggios

Arpeggios are like scales, but with fewer notes, and are based on specific chords.  If you’ve just started trying to improvise your own guitar solos, you should probably hold off on learning arpeggios and keep working on pentatonic scales.  On the other hand, if you’ve gotten bored with the pentatonic scales, then learning what arpeggios are and how to use them are a great way to spice up your playing. 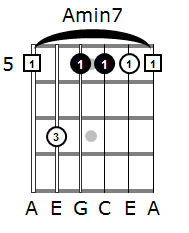 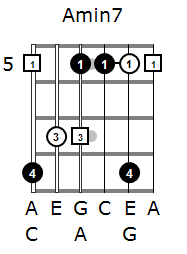 How to use arpeggios in solos

The best use for arpeggios are when you’re trying to solo over a set of chord changes that don’t fit nicely into one key.  This doesn’t happen that often in rock music, but once in a while you’ll run into songs that throw this curveball at you.  For example, the chords in Santeria by Sublime are Emaj, G#maj, C#min, and Bmaj.  That chord progression is in the key of Emaj for the most part, but that G#maj chord doesn’t fit – in the key of Emaj, you’d have a G#min chord instead.  Because of that G#maj chord, you can’t happily wail away with a flurry of string bending pentatonic riffs, and instead have to throw a G#maj arpeggio in the middle of your otherwise easy pentatonic scale solo.  Think that’s tough?  Jazz players have it about ten times worse with the tunes they improvise over.

You can use this minor 7 arpeggio in the same place you would use your minor pentatonic scale, and just approach it as a different riff to throw into the mix.  The hardest thing about playing arpeggios for beginners is playing one note on a string and then having to move to the next string.  When you play pentatonic scales, you always play two notes per string, which is easier for the picking hand. Playing variations of one and two notes per string breaks your rhythm and is more difficult.

You can form an arpeggio for any chord you play that has three notes or more.  If you want to try learning more, you should work on learning the arpeggios for dominant 7 chords.  For rock and blues, the minor 7 and dominant 7 arpeggios are going to be the most useful ones to know, and the easiest ones to incorporate into rock and blues solos.